Five reasons your History Department should talk to Archaeologists

Including archaeology in your curriculum may first appear daunting. However, it is easier than you think – it engages pupils and helps them understand what the historical process actually is.

In 2016 Cotswold Archaeology uncovered 124 bodies within walking distance of our school.

These victims of an Anglo-Norman execution site inspired us to not only write a new enquiry but to build links with the archaeological team.

What we uncovered was that taking the time to forge links with local archaeology teams can pay huge dividends for the department.

The site was discovered during the building of a branch of Aldi and turned out to have been a place of execution used from the Seventh right through to the 12th Century. You can read more about the dig here.

With so much archaeology on our doorstep and an archaeology unit close to hand it felt like a golden opportunity for not only local history but for enriching our pre-1066 coverage.

What follows are some suggestions as to why colleagues might want to pursue similar connections with local teams.

It helps students to build a picture of what a historian does.

Ian Dawson remarked that “every PE student knows what a footballer does for a living…but can the same be said for historians?”

His point is a good one and one that pushed us to include the voices of archaeologists in our new enquiry.

We all appreciate how history thrives on a sense of drama and well-placed story telling.

How better to build this than to have the people whose job it is to work with the very stuff of the past.

By having archaeologists visit the school and talk to students or simply by having their voices in our enquiries, we can begin to build a sense that history had a relevance to the real world.

It’s another way of getting scholarship into your curriculum

For years many of us have sought to use the idea of real historians in our work.

By doing this we have allowed students a glimpse into the methodologies of being historians.

Archaeologists offer us a similar route, albeit a more accessible one. Through site reports but even better, through actual artefacts, archaeologists can directly show how history is a construct built upon the leftovers from the past.

The voices of the team who completed the dig appearing in our lessons made the whole enquiry feel more real.

They explain the sense of excitement at what was originally expected to be a fairly mundane watching brief turned into one of the biggest finds of their careers.

They also allow students to really see how history is a construct; painstakingly pieced together from the leftovers of the past.

Equally, the team explained how they also sought to cross reference finds from the archaeological record with existing written sources. All in all, a valuable insight into the construction of History.

Recently, Professor Alice Roberts released her excellent book, Ancestors: The Prehistory of Britain in Seven Burials. The first chapter alone, The Red Lady of Paviland, could give you much fuel for an enquiry. You can read a review and order the book here.

The story of the Red Lady gives insights into not only archaeology but how interpretations of the past are very much the product of the time and culture in which they are written.

Discovered in a Welsh cave in 1822 the Red Lady was examined by eminent archaeologists of the day who proceeded to mis-identify the remains in terms of both age and sex.

Moreover, there arose a protracted academic spat as different theories of geology, human evolution and even religious faith sought to co-opt the remains for their own ends.

The story of this Upper Paleolithic Man (not a Lady after all) could be fertile ground for those of us grappling with how to teach the notion of interpretations being a product of their time.

Moreover, interpretations that are required to evolve in the light of new evidence.

It is easy, if we are not careful, for that little bit in the National Curriculum about a local study or a study from before 1066, to slip under the radar.

Making links with a local Archaeology unit can help to sharpen our focus on both of these vital elements of the Curriculum.

We might consider how local archaeological teams could help us to think about a variety of potential enquiries:

Was your school close to sites of Roman occupation?

Did your area suffer from Viking raids like the area around Weymouth?

What evidence of the Neolithic Revolution remains in your locale?

Was there a Sixth Century World Wide Web?

From our local team in Andover we have added a new enquiry on Saxon England.

Moreover, we were also given access to such things as Medieval Court records which we have used to add local colour to our GCSE Crime and Punishment course.

Archaeologists have access to cool stuff and interesting people

Handling actual artefacts from the past is an incredibly motivating and rewarding experience for students.

For years we have sought to introduce the First World War via the artifacts left by my Great Grandfather.

Archaeologists are often the people who can give you access to the very stuff from which our historical narratives and interpretations are built.

Having visiting archaeologists show students finds from digs in their local area can be illuminating – not just of the material of the past but also of the job of a historian.

We should also consider that not all archaeological finds need to be prehistoric. For example, digs on Salisbury Plain have over the years yielded many finds that show how the role it played in the preparations for D-Day.

Through the Cotswold Archaeology team we also got access to historical artist, Mark Gridley.

Through Mark we were able to use his historical interpretation of the Weyhill dig as a centre around which to build some work on evidence and interpretation.

In the enquiry we used the amazing image as a hook and then explained the context of the site and the archaeologists.

We then posed the big question; namely, if the artist and the archaeologist had done their homework?

Students were then given access to a range of archaeological evidence (as well as images from Medieval manuscripts) and asked to consider what had been included and what was missing.

It makes a connection between academic study and real-world application.

A final, and potentially powerful outcome of making contact with local archaeologists is perhaps that it allows students to see that many aspects of their school studies do have a real word application.

The application of History should be clear by now but also we have seen the value of art in the presentation of archaeological finds.

Furthermore there are crossovers with Maths as interpretation of archaeological data can require sophisticated handling of data sets.

ICT and biology also come into play as finds are recorded, logged and ultimately analysed.

An insight into the processes involved can be gleaned from the show Bone Detectives, which featured the Weyhill dig.

I hope that this article has given you some insight into the value of engaging with local archaeological teams.

If nothing else it might stop future students from shouting “Have you found any Dinosaur bones?” or “Can you come and dig my garden?” at poor unsuspecting archaeologists in the future. 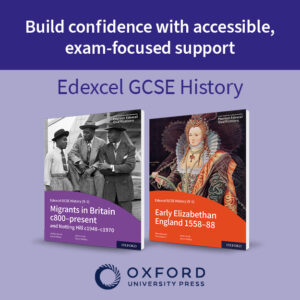 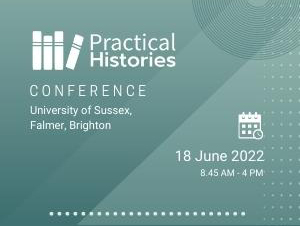 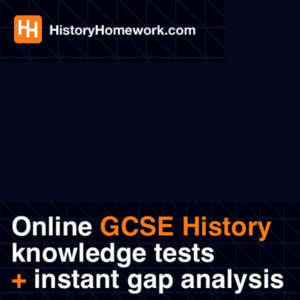